St. Bride, patroness of the Douglas Family and of the Village of Bothwell to whom the collegiate church and the modern Roman Catholic Church are both dedicated: the Olifard, Murray and Douglas families, Lords of the Barony of Bothwell and prominent figures in Scottish history: Edward 1st Longshanks, Hammer of the Scots and King of England: his grandson Edward the Third, progenitor of the Hundred Years War and founder of the Order of the Garter: Edward the Bruce, High King of Ireland and brother of King Robert Bruce.

James the Fourth Renaissance King, founder of the Scottish navy, killed at Flodden in 1513: John Slezer, Dutch born surveyor to Charles the Second, surveyed the principal buildings and fortifications in Scotland including Bothwell castle: Archibald Douglas Earl of Forfar, Queen Anne’s Commisioner from the Scottish Parliament (buried in Bothwell Church) to negotiate the Treaty of Union with England, and James Boswell lawyer and biographer of Dr. Samuel Johnston.

Captain Andrew Thomson, Nelsonian naval captain: Joanna Baillie, Bothwell born poetess: Matthew Baillie her brother a pioneering pathologist: Sir Walter Scott, poet and novelist, wrote ‘Young Lochinvar’ at Bothwell: William Wordsworth English romantic poet and his diarist sister Dorothy Wordsworth: Albert Richard Brown shipbuilder and adventurer who was a pioneer in the modern development of Japan: J.M. Barrie playwright, inspired to create his most famous play ‘Peter Pan’ following the accidental death of his brother David at Bothwell in 1867: Cosmo Gordon Lang, Archbishop of Canterbury in the 1930s, christened the present Queen and crowned her parents: Marion Gilchrist, Suffragette and pioneer in the role of women in medicine, first female to graduate in medicine at Glasgow University: Helen Keller deaf and blind American evangelist: Sheila Burnford writer and author of “The Incredible Journey” which was made into a film by Disney: G.P. Insh writer and historian: Bill McCue, opera singer and broadcaster. 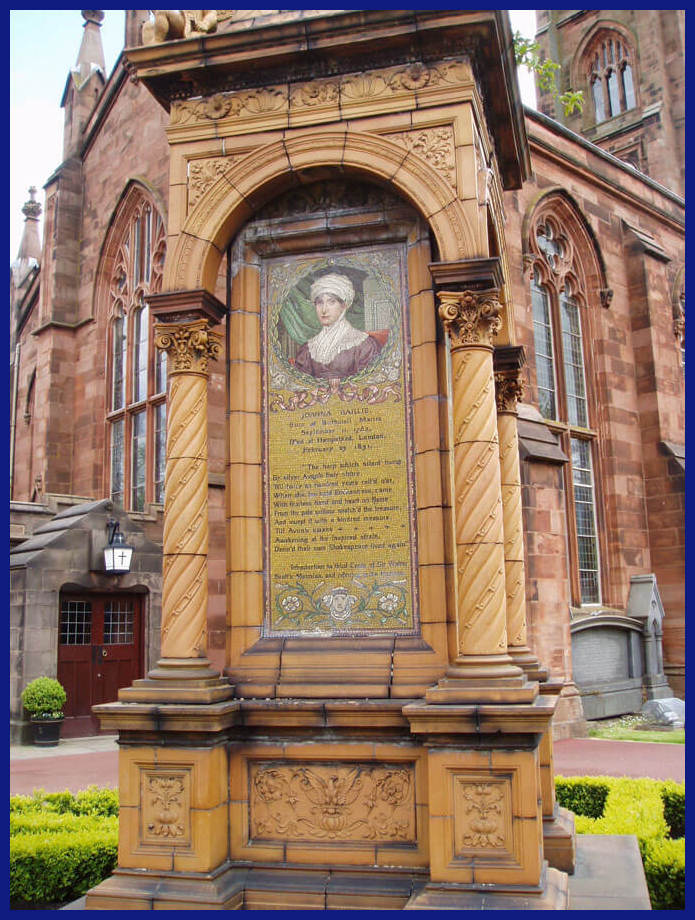 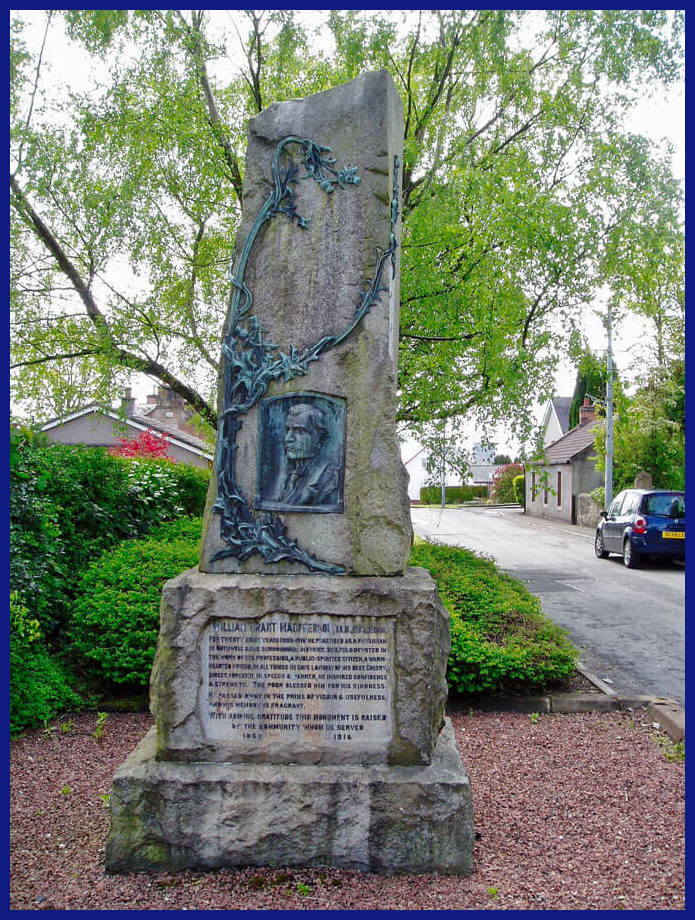 The war memorial was dedicated on the 7th October 1923 by the Rev Douglas Ferrier and was unveiled by Major-General Reid VC commanding the 52nd Lowland Division. Close on 5,000 people attended the ceremony. On the front is a bronze tablet and memorial wreath. The memorial is inscribed with 71 names of those killed in battle in WW1. After WW2 the names of those who fell in that conflict were added.

Joanna Baillie, poet and dramatist, was born at the manse of Bothwell  on 11 September 1762. Her mother Dorothea Hunter was a sister of the great physicians and anatomists, William and John Hunter. Joanna Baillie was the youngest of three children and she grew up in close companionship with her sister, Agnes and brother Matthew who became a celebrated London physician.

Dr William Grant MacPherson was a well loved and respected doctor in Bothwell. He practiced in Bothwell from 1888 until 1916 when he died aged 54. The monument was financed by public subscription and was unveiled in September 1917.